When Your Pipes Freeze in St. Paul, What Should You Do? 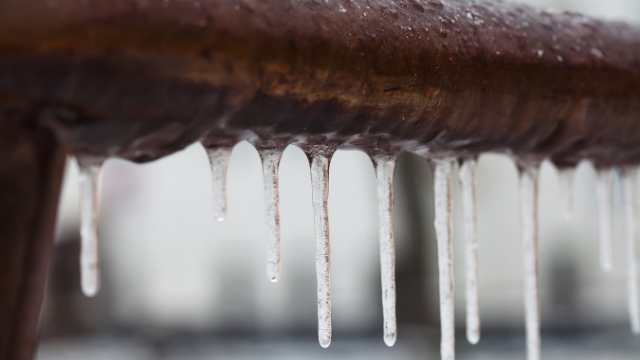 Winter months may be particularly trying for individuals. Aside from the usual low light and chilly temperatures, homeowners must also deal with frozen pipes. Frozen pipes happen frequently during the winter season. This is especially true if you live in a region that experiences severe weather regularly.

United Water Restoration Group of St. Paul’s technicians are pleased to provide you with information on freezing pipes, as we understand how stressful it can be to deal with these in the winter months. We take pleasure in assisting our customers in all of their ice damage and water damage needs.

What Causes Pipes to Freeze?

Frozen water in pipes is most common during the winter months. Water may freeze at 32 degrees Fahrenheit, but pipes are generally kept free of cold air. This is only to a certain extent, though. When the outside temperatures drop beneath 20 degrees, pipes can begin to freeze.

How Long Does it Take For Pipes to Freeze?

You may not know this, but it’s unlikely your pipes will freeze in a matter of seconds. Pipes can take anywhere from 6-8 hours to become encased with ice and snow outside on the property! This varies depending upon weather conditions (of course), the age of the pipes, air circulation inside your home, and many other factors.

The pipes at your home can freeze without you even noticing until it’s too late. Your pipes will have to face at least 6 hours of this weather for them all to be completely solidified, but other factors may speed up or slow down the process as well!

When a pipe is frozen, it can be difficult to detect until you try turning on your faucet. If the water doesn’t come out or flows slowly then there’s most likely something wrong with the pipe, either due to a pipe burst or it being frozen! The best way for homeowners like us who may have run into some plumbing issues in our homes would be to investigate the matter yourself if it’s safe to do so. However, seeking professional help is recommended and the best course of action for effectively fixing the issue.

When you notice standing water or flooding, that’s a potential sign of frozen or burst pipes. In this case, it would be best to contact an experienced plumber as soon as possible so they can assess the situation and may even help unfreeze them for you! You should also keep your eyes peeled on ceilings/walls–strange smells coming from anywhere? Another indication could include strange sounds coming out of one particular area, which could mean there’s something wrong with either plumbing fixtures if they begin to rattle and make noise.

If you try turning a faucet on at your house, you may notice a frozen pipe. If no water is coming out or is flowing slowly, the pipe might have burst or become frozen. When pipes freeze, it’s often said that they’re bound to burst. If you use your faucet regularly during the winter then there’s less risk of this happening! Frozen pipes don’t always result in an immediate burst pipe; however, it’s best to have a professional take care of this for you.

Though these pipes may not burst, they can be clogged or damaged by the ice. This is because the water often freezes over and blocks up the system in its path causing ambiance within it to break down over time – leading finally towards bursting at certain points throughout this process. 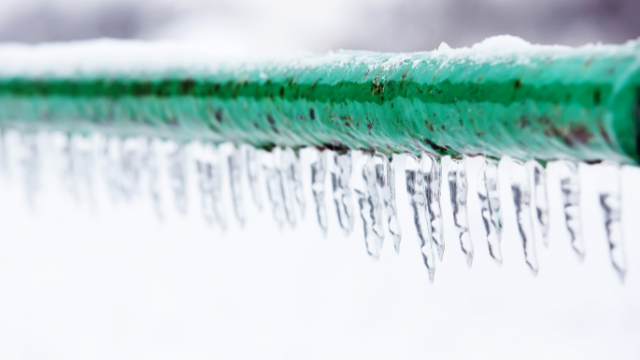 Can My Pipes Thaw on Their Own?

In some cases, pipes can thaw on their own as time goes by and the elements allow. However, waiting for this to happen at the risk of having the pipes burst is a bad idea. The frozen water in the pipe will continue to thaw if you choose to leave it alone. Although some water pipes may not be prone to failure, it’s still a good idea to replace them. When the ice expands and causes damage to the pipe, the situation becomes more serious. Allowing the pipe to thaw on its own also raises pressure since the ice melts. Increased pressure in these frozen pipes might cause them to burst as a result of this added stress. Making matters much more difficult for you to manage.

There are several causes for frozen pipes, but allowing the ice to thaw in your line can cause problems. When to contact a professional company for assistance in thawing your pipes is fairly straightforward. If you notice any leaks, or if the ice has caused problems with water pressure at home then hire a professional plumber. They can safely thaw your pipes and make sure there are no hidden leaks after the process is completed!

How Can I Safely Thaw Pipes?

To help thaw your pipes, it is recommended that you contact a local plumbing company in St. Paul, Minnesota. There are safe ways to do so while some people might jump right into the fire as the solution for warming up frozen pipes in their homes or businesses. This doesn’t work because hot surfaces can cause burst walls which would damage more than just those areas being heated by flames alone! The best thing you could do is contact an expert in this field who will be able to set up proper procedures for unfreezing the lines before proceeding any farther down their course of treatment.

If you need help thawing your pipes, you should focus on using the following items to help:

Portable Heaters – These heaters are a great way to quickly warm up an area and they allow you some flexibility with where it’s placed. We recommend using them in situations that call for a safe distance from flammable materials, like around gas pipes or near open flames; however, we do NOT recommend placing any closer than 5-10 feet away because they might catch fire or explode when heated!

Hairdryer – Heating a pipe with the help of an electric hairdryer is very safe, as long you are sure that it’s at least a safe distance away from any other object.

Towels – When the pipes are frozen, soaking towels in hot water and wrapping them around a section of pipe can provide relief for both your hands as well as any other nearby surfaces.

Infrared Lamp – With an infrared lamp, you can provide plenty of heat without overdoing it.

Heating pads and cables are great for thawing out frozen pipes, but they can still cause problems if you don’t contact a plumber first. The heat from these devices will loosen up the ice so that it finally breaks apart or melts away, but we recommended seeking help before doing this alone.

How Can I Prevent My Pipes From Freezing?

When you close off your kitchen’s under-sink cabinets with closed cupboards, it can cause the pipes inside to be at risk. The warmer air won’t flow towards them and this will leave those areas colder than other parts on its surface because they’re more exposed for winter storms or simply just natural cooling abilities nature provides us all year round!

To help prevent damage from occurring to your pipes and spout, disconnect all hoses that are outside on a cold night. Make sure you have an appropriately sized hose bib for the task at hand so water can’t get released into these areas during rain or snowstorms!

Heat tape can assist you in preventing frozen pipes if you can access your pipes and are aware of inclement weather. The goal of heat tape is to prevent frozen pipes, and it aids in the prevention of harsh conditions. It’s possible to do this yourself, but you’ll need help putting it down correctly.

You can keep your pipes warmer and less prone to freezing by making sure the inside of your home is at least 32 degrees. You should protect areas where water lines run with space heaters or insulation, like basements before winter arrives!

What to Do When Pipes Freeze

Freezing pipes and bursting is a major headache for any homeowner. Waking up to standing water or frozen pipes is something that can affect anybody. Your first step should be to contact a plumber as soon as possible if your pipes have frozen.

You may attempt to do the job on your own. However, this can be dangerous and add to the damage already done to your property. A situation like this should be handled by specialists, especially because it isn’t worth the effort or aggravation for you to try to fix it yourself.

If you have standing water or frozen pipes damage, the United Water Restoration Group of St. Paul can assist. We work with plumbing companies to assist clients in need of restoration services after incidents such as this arise.